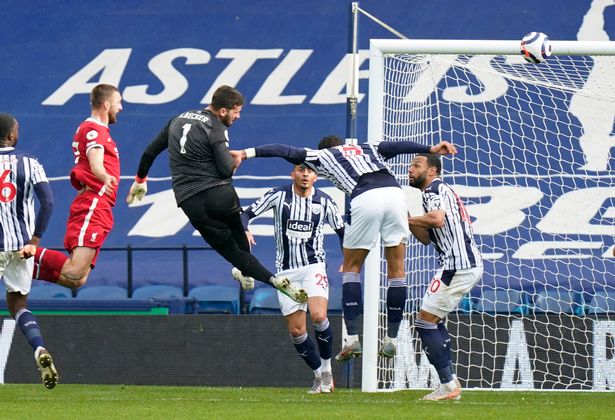 Posted at 08:28h in Premier League News by Callum Pragnell

Football has long been known as a ‘funny old game’ and this weekend’s happenings in the Premier League summarise that age-old saying to perfection.

With Manchester United helping out their bitter rivals by fielding their D Team against Leicester last week, City were confirmed as league champions for the fifth time in 10 years without even having to kick a ball. This meant, then, that the pressure was off for their trip to Newcastle on Friday night – the mother of all dead rubber’s against a team who had just days before officially confirmed their league status for at least another campaign, following months of being truly abysmal near the foot of the table. Kudos to Steve Bruce for that, it has to be said. Some turnaround.

Pep Guardiola now has both eyes transfixed on the Champions League final against Chelsea on May 29 and was taking no risks with his team selection at St James’ Park, handing 93-year-old Scott Carson his debut between the sticks. Interesting fact: since Carson’s previous appearance in the Premier League, Cristiano Ronaldo has scored 325 league goals. In truth, the veteran shot-stopper did well considering, saving a second-half penalty from Joe Willock before a cruel rebound saw the Arsenal loanee find the back of the net instantly afterwards.

City got the job done, but only just, winning 4-3 to stretch their lead at the summit of the top-flight to 13 points and kick off the weekend’s action with a bang. Moving onto Saturday’s games and Leeds handed Burnley a thumping in their own backyard, smashing four past the sorry Clarets without response. Southampton have been utterly shambolic for the most part of the season but now the pressure is off their form has taken a much-needed upward turn. Ralph Hasenhuttl’s side made it two wins out of two against Fulham in Saturday’s solitary 3pm kick-off at St Mary’s, beating a pitiful Fulham side 3-1 just three days after seeing off Palace by the same scoreline. Both teams will be glad that the season is almost complete.

Away from the Premier League, Leicester showed us all exactly how to do things, beating Chelsea 1-0 to clinch the FA Cup at Wembley thanks to a traditional Youri Tielemans scorcher. The Foxes have been terrific again this season and continue to prove a thorn in the traditional Big Six’s side. We are all for it, long may it continue.

The story of the weekend undoubtedly came at the Hawthorns in Sunday’s late afternoon kick-off, though. With the title wrapped up and relegation confirmed for all three sides, the only battle still on the agenda is which teams will make the top-four. Liverpool needed a win against already-demoted West Brom to keep them in the hunt, but after the Baggies took an early lead through Hal Robson-Kanu it threw the Reds into disarray. Mo Salah hit back with his 22nd league goal of the campaign soon after, but as the clock meandered deep into stoppage time following a goalless second half, it looked like they’d be leaving the West Midlands with no more than a point to show for their efforts.

The Brazilian keeper joined the attack for a 95th minute corner, the final kick of the game; he swanned in with the demeanor of a city clicker who had just closed the deal of a lifetime on Wall Street; rose like a salmon, exhibited a perplexing heading technique which resembled a fish that’d been plucked out of water and thrown onto the deck of a fishing boat, and nodded the ball into the far corner past his helpless opposite number in the Baggies net.

Sure, he was unmarked and it was treacherous defending, but what an end to the game it provided. What a phenomenal story which could prove to have a gargantuan effect on Liverpool’s season and which European competition they will be competing in next season.

What a perfect example of how brilliant this sport truly is. See you all next week.