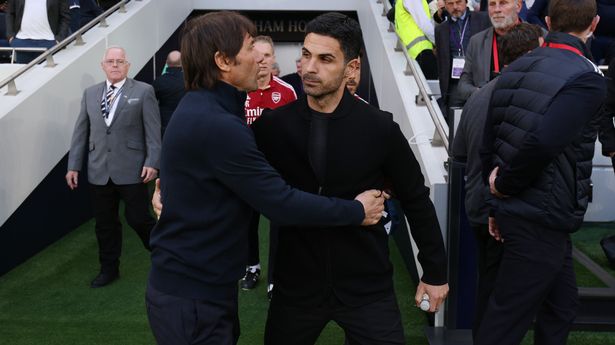 After what was a completely forgettable international break, where England did themselves very few favours in their final warm-up matches before this winter’s World Cup in Qatar, the Premier League returns on Saturday and there is an absolute cracker on the cards for us as Arsenal and Tottenham clash in the first north London derby of the campaign.

Mikel Arteta’s side currently top the division after an extremely strong start, while Tottenham sit just a point behind in third-place – level with Man City in second but behind on goal difference.

Starved of silverware since that League Cup win in 2008 and without a Premier League title to their name, Spurs fans haven’t had a tremendous amount to smile about during recent years.

However, under Antonio Conte – a seasoned professional in the game who’s know-how and tactical nous is transforming this team into genuine contenders for the title – they look a different animal altogether.

Harry Kane is firing on all cylinders with six goals in his opening seven games and Son Heung-min looks to have put an end to his slow start by netting a sensational hat-trick off the bench against Leicester before the international break.

With high-class reinforcements in the shape of Rodrigo Bentancur and Dejan Kulusevski added to their team, the north Londoners are probably the strongest they’ve been at present, which has led many to believing that this could well be the season they finally go the distance and clinch the coveted trophy from Manchester City’s firm stronghold.

Tottenham’s main rivals for the official title of ‘the challenger’ is currently their fiercest rivals Arsenal – a team who they battled it out with, successfully, for that elusive fourth and final Champions League spot last term. As mentioned, the Gunners find themselves sitting pretty at the summit after taking 18 points from a possible 21 in their opening seven matches and, like Spurs, look like a team transformed under Mikel Arteta.

This looked the case throughout the middle of last season, though, only for the wheels to completely fall off towards the end and cost them a spot in the Champions League, so time will be the only decider as to whether or not they can maintain their position at the top of the tree for the duration of the whole campaign.

Although it’s still extremely early days, Saturday’s derby could prove to be decisive when all is said and done. Both managers would probably settle for a point if you offered it to them now but winning all three would lay down a sizable marker at this stage of proceedings and instil some serious confidence and belief during this crucial mid-season period – especially with a month-long break for the World Cup approaching.

Goals should be on the agenda if the history book is anything to go off, too. Throughout the previous seven games between the two in all competitions, 20 have been scored in total; let’s hope the trend continues this weekend…