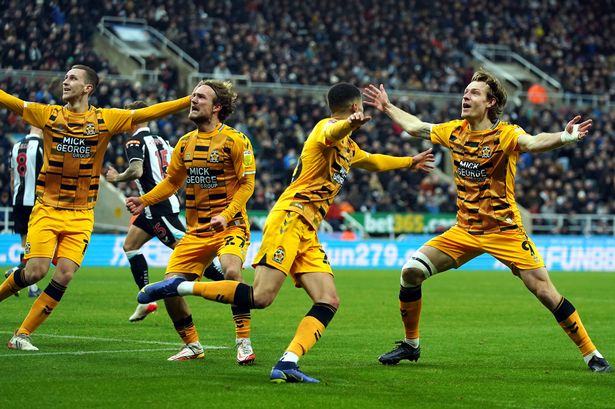 Posted at 18:55h in Uncategorized by Callum Pragnell

In a world where millions of football’s “legacy” fans remain blissfully unaware of anything that happens outside of the Premier or Champions League, the FA Cup is a competition attracting less interest every season.

However, for many, the world’s oldest cup competition continues to prove that it is one of the most exciting tournament’s around. For supporters of a certain era, the FA Cup has been the pinnacle of English football, where minnows get the chance to pit their wits against the ultra-rich and super talented.

In years gone by we have seen non-league sides like Havant & Waterlooville play at Anfield, Sutton United stun Coventry and Barnsley beat both Chelsea and Liverpool in their quest for greatness. Bradford memorably fought back from two goals down to beat Chelsea 4-2 at Stamford Bridge in 2015, while Newport humbled Leicester back in 2019.

It is a cup competition like none other, with teams from all the way down in the 11th tier of England presented with a chance to take on the big guns in a David vs Goliath type battle. And, while there is no doubting that as the years have passed us by, the tournament has lost some of its sparkle – largely thanks to the final being moved to a 5:30 kick-off instead of 3:00 due to TV rights, and semi-finals taking place at Wembley which somewhat takes the shine off actually making it to the grand finale at the national stadium – each season we are handed a timely reminder that there is indeed still plenty of magic left in the cup.

This weekend, as the competition’s third round came into play and Premier League clubs were introduced, the fixture list was littered with banana skins. All eyes have been on Newcastle since their mega-money takeover earlier this season, and while Eddie Howe’s side have continued to struggle in the Premier League, with the January transfer window now open, they are unsurprisingly dominating the rumour mill.

The Magpies signed Kieran Trippier from Atletico Madrid last week for £12m, and the England international was thrown straight into the starting line-up for the club’s third round clash with League One side Cambridge United on Saturday. A sold out St. James’ Park was rocking, with home fans keen to see their side put on an overdue show against a team from two leagues below.

Trippier started, Allan Saint-Maximin led the line with stars like Matt Richie and Joelinton also present in Howe’s starting 11, but for all of the quality the hosts possessed on paper, it was Mark Bonner’s spirited visitors who clinched the win thanks to a second half strike from Joe Ironside. Can you imagine the limbs in that away end? 5,000 travelling Cambridge fans with memories that will last a lifetime and stories that will be re-told for decades to come. What other competition can provide such an incredible narrative?

The U’s weren’t the only side who managed to shock a team from the Football League, though, as National League North outfit and lowest-ranked team still left in the Cup, Kidderminster Harriers, saw off Championship side Reading 2-1 after initially going behind, setting themselves up with a dream tie against West Ham in the fourth round. Elsewhere, National League side Boreham Wood beat League One AFC Wimbledon 2-0, while Nottingham Forest dumped out Arsenal for the second time in four years with a deserved 1-0 victory at the City Ground.

So, even if the big clubs do consider it a brief, unwanted pause among more pressing matters at the top and bottom of the Premier League, there will always be magic left in this enthralling competition for the rest of us to enjoy. Roll on the fourth round!