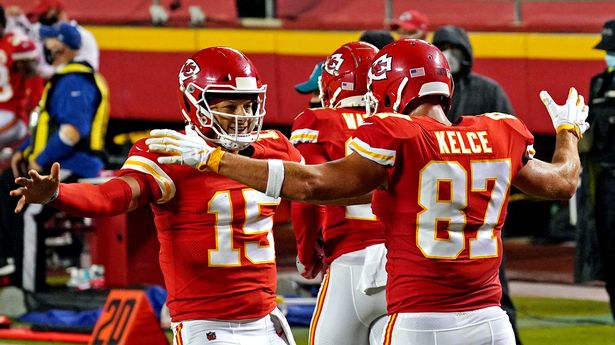 NFL Week 12 is almost upon us, and we are at the point of the season where trends simply start to become reality for most teams. The good ones will continue to do the things that they’ve been doing all season while the bad teams refuse to clean up the consistent mistakes they make. It’s a harsh reality for some teams, but we are past the point of it just being a poor start to the year.

The first thing that you can expect in Week 12 is the Denver Broncos being limited to under 20 points. They were just beaten by the Las Vegas Raiders for the second time this season and Russell Wilson once again looked awful back there in the pocket. This team now plays the Carolina Panthers, a defense that nearly beat the Baltimore Ravens had it not been for their non-existent offense. I wouldn’t bet on Wilson and company to get cooking. In fact, it’ll be another mediocre day.

Next, you can expect the Tampa Bay Buccaneers to blow the doors off of the Cleveland Browns. Granted, neither of these teams have been very good this season. However, Cleveland continues to be unable to stop opposing offenses, particularly when it comes to the run game. Tampa Bay has the worst rush attack in the league but has all the tools to make it effective against the Browns. If that run game opens up, the match is essentially over with Tom Brady back there delivering passes.

Then we have the Los Angeles Rams playing the Kansas City Chiefs. This is seriously just a very unfortunate matchup all-around. The Rams look nothing like what a reigning Super Bowl champ should look like right now. To make matters worse, their offense is absolutely horrendous. No Cooper Kupp available, Matthew Stafford questionable to return even though he’s having a bad season and the run game just not there. Cam Akers was pushed out of the line-up for some reason then he didn’t get traded and just recently the team announced that they surprisingly cut Darrell Henderson, their starting running back. Nobody really knows what   their plan is right now with no draft picks in the future. Meanwhile, the Chiefs are one oof the best teams in the league and they look nearly unbeatable right now. Patrick Mahomes and Travis Kelce are clearly the best QB-TE duo in the NFL. Look for this to be a blowout.

Then finally, expect the New York Jets to struggle on offense again with Zach Wilson. The Jets have been a sneaky good team this year. Their defense is among the best in the league and playing with a type of swagger that they haven’t had in years. Unfortunately, they just lost to the New England Patriots on a punt return in the final seconds to lose 10-3. After the game, reporters asked Zach Wilson if he let the defense down as they allowed just three points all night. He responded, “No.” The rest of the defense immediately started liking things on Twitter that ripped him up. Head coach Robert Saleh also mentioned that the quarterback job was up for grabs now. This offense isn’t going to be good again.