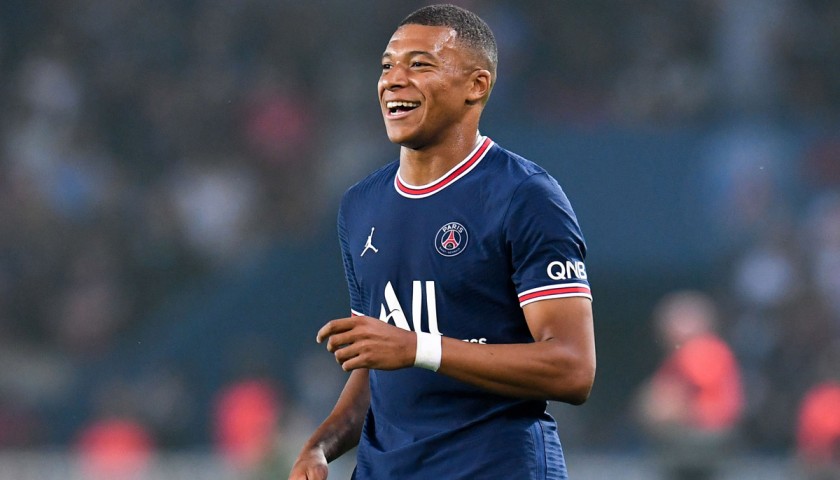 Posted at 22:39h in Uncategorized by Callum Pragnell

Paris Saint-Germain vs Real Madrid is a fixture which on paper makes for the ultimate clash of the titans; a battle of the global superclubs, one which was almost impossible to call before the first whistle was blown at the Parc des Princes.

For 94 minutes, it proved to be just that. The hosts dominated throughout, enjoying the lion’s share of possession whilst registering 21 shots to Madrid’s 0. Lionel Messi had the chance to put the hosts in front from the spot just after the hour mark but saw his effort saved by Thibaut Courtois, and as the game meandered closer to full-time, it looked as though the Spanish visitors would leave the French capital with a hard-fought – if not a little fortuitous – draw heading into the second leg.

Indeed, on nights like these, where the world’s most elite footballers collide, it is often individual moments of brilliance that prove to be the decider and tonight was no different. Kylian Mbappe is poised to complete his dream move to Real Madrid in the summer and it is somewhat ironic that one of his final major contributions for PSG could be helping them dump Los Blancos out of this season’s Champions League.

The 23-year-old stole the show in the first half of this evening’s clash, consistently proving a thorn in the side of Dani Carvajal to create chances in the final third but a goal continued to evade the Parisiens’ grasp. The second half saw Messi grow into the game and Mbappe continued to probe a wavering Madrid defence who looked like succumbing each and every time the hosts attacked. Still, though, they remained defiant and managed to keep the game level, with a goalless draw deemed a hugely positive result away from home against such strong opposition.

As touched upon, though, it is the individual moments of class that have the ability to change the script of games like these within a blink of an eye and tonight it happened again, right at the death. First, a cute backheel from the returning Neymar – introduced as a late substitute – set up the scalextric that is Mbappe on the left hand side.

The France international was still supercharged and looked like he was the one who’d just spent the previous 70 minutes resting on the sidelines as he squared up a petrified Lucas Vazquez, who wanted nothing to do with the oncoming bullet-train that wasn’t scheduled to stop at the next station, before a trademark stepover proceeded a lightning-quick shimmy and he was gone.

With dust on his heels, Mbappe finessed an inch-perfect shot through the legs of Courtois into the corner of the net and that was it, in a split second, another game-changing moment produced by a player who continues to demonstrate this ultra-rare ability to flip a match of such magnitude completely on its head, flipped a match completely on its head. It will never, ever get boring.

If Mbappe’s name was not at the top of Real Madrid’s wishlist this summer before this evening then he has made sure it is now. Tonight was an opportunity for the young Frenchman to remind his prospective employers that he is not just a very good football player, but a generational talent operating on a higher plane compared to the rest. He is, and has been for a number of years, front and centre in the shop window; last night illustrated just how desperate Madrid should be to take him out of it.