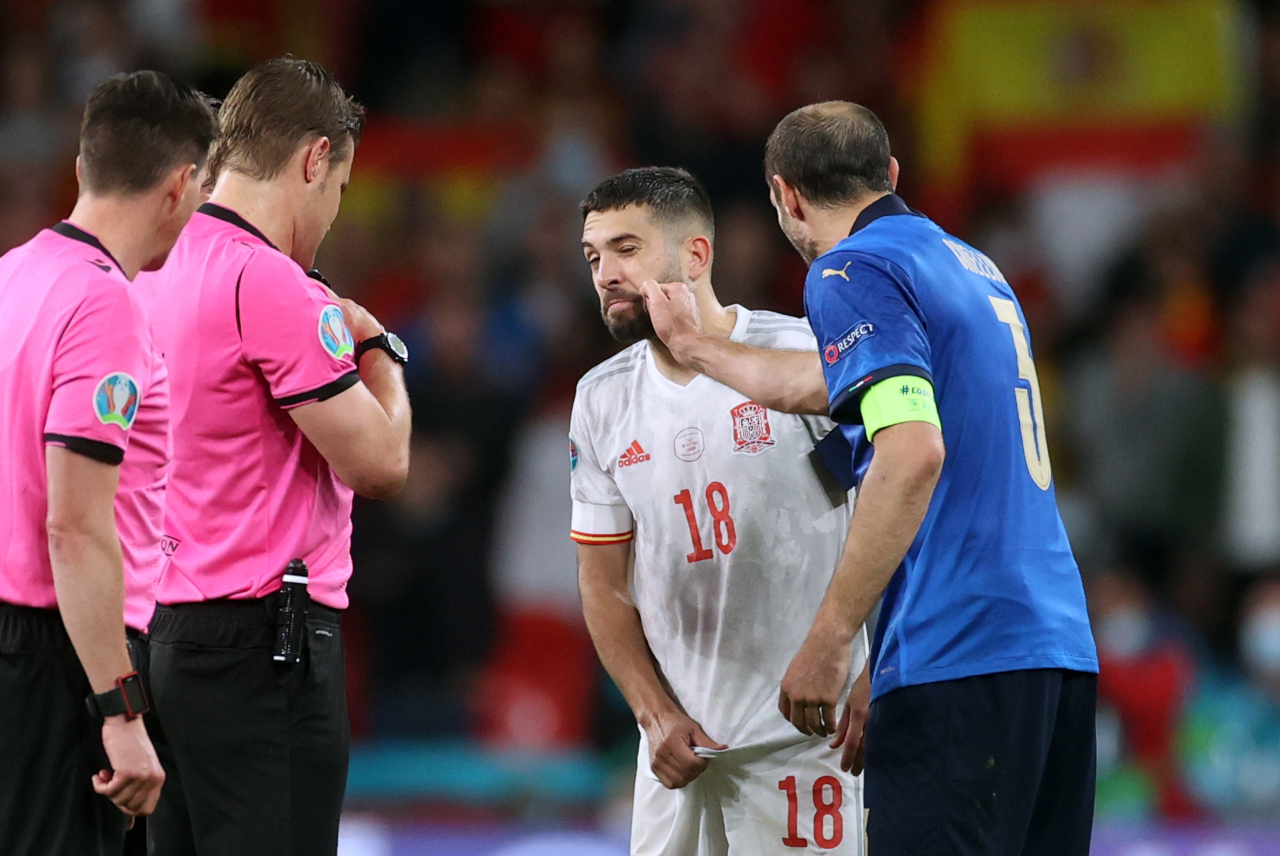 Italy have booked their spot in the final of Euro 2020 after a thrilling penalty shootout win over Spain in last night’s semi-final at Wembley.

The Azzurri have now not lost a game since September 2018 and should rightly be feared ahead of Sunday’s grand finale at the national stadium. What they have also shown in their recent performances, though, is a certain level of vulnerability that has the potential to be exploited by this weekend’s opponent, whoever that may be.

After three routine wins in Group A over Turkey, Switzerland and Wales, it took 120 minutes for Italy to break down Austria in the last-16. And, while the performance against Belgium in last week’s quarter-final was well-drilled and professional, it was a game where Italy’s opponents managed to get on the scoresheet and could have had more had it not been for some wasteful finishing in the final third.

Last night’s semi-final win over Spain was far from convincing, either. Luis Enrique’s side dominated the first half and large parts of the second, and if their finishing ability didn’t resemble an overweight 35-year-old playing Sunday league the morning after a heavy session the night before, they probably would have won the game.

Spain dominated possession – 71% to Italy’s 29% – they made 521 more passes than Roberto Mancini’s side and registered 9 more shots at goal than the Italians at Wembley and still lost, thanks to some woeful penalty kicks in the dreaded shootout which, to tell the truth, everyone knew Italy would win as soon as the full-time whistle was blown in extra-time.

But the point is not that Italy won another football match thanks to an elite mentality, or the strength of the steel in their barely-dented armoury – although those are two factors which should be greatly admired and respected. The point is that, once again, they showed a susceptibility to being beaten and, by a slightly better team, with slightly better players, their first defeat in almost three years will indeed come.

England may, or may not, be the team to end such a run. But first, they must make it past a spirited Denmark side whose place in the final is somewhat written in the stars after all that has gone before them at this enthralling tournament.

The Three Lions are strong favourites, have the advantage of playing on home soil and, man for man, have a far superior squad. Tournament football is a different animal, though, and if there is one thing that the Scandinavians have shown us this summer it is that they are not to be underestimated, just as they showed when they shocked the world by winning the Euros in 1992. Resilience, spirit and work ethic will get you further than talent at competitions like these, and Denmark have all three in abundance.

Unfortunately for them, they meet a team who have also displayed those same three characteristics in this new-age version of English footballers tonight at Wembley. The result should be an exhilarating battle between two exceptional international teams relishing the pressure that awaits them, with a burning desire to rewrite the history books on July 11th.

If it is to be England, then they should respect but not fear the Italians who lie in wait. Mancini’s team have been impressive, but they are by no means unbeatable.