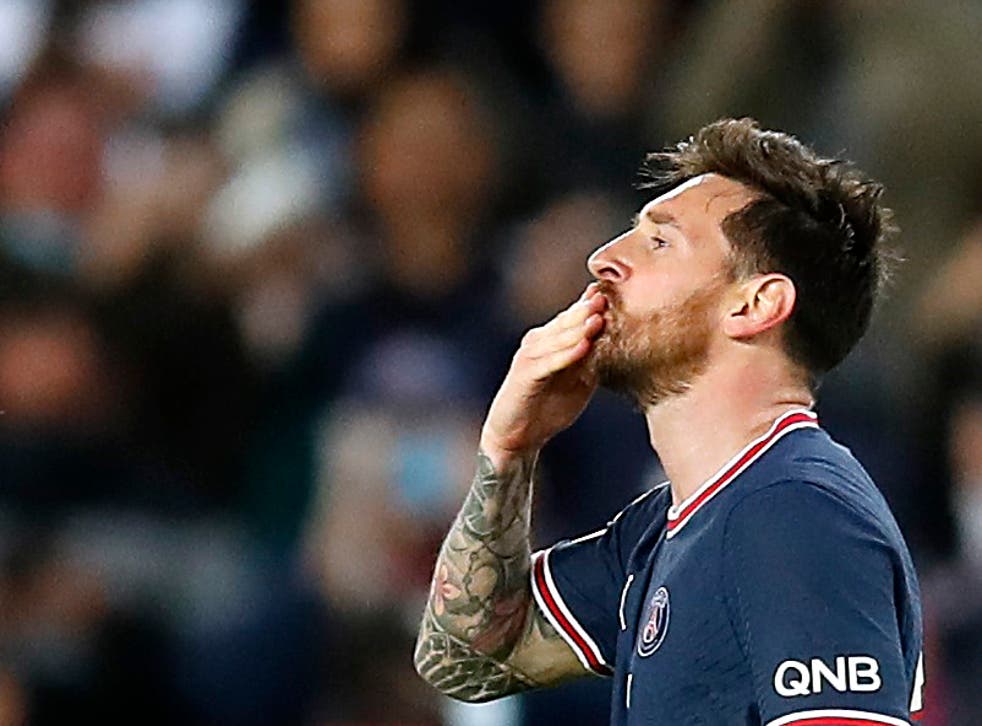 Posted at 14:03h in Uncategorized by Callum Pragnell

For all the headlines surrounding Cristiano Ronaldo and his long-awaited return to Manchester United throughout the last two months, Lionel Messi’s teething problems with Paris Saint-Germain may have slipped under the radar.

Following the Argentine’s very public move to the French capital, after what can only be described as a complete travesty of an end to his 21-year stay at Barcelona, Messi’s name has been out of the headlines. Well, in them much less than usual is probably a better way of describing it.

This is because prior to last night’s battle of the super-rich and ultra-talented in the Champions League, the 34-year-old’s only contribution for his new employers was the yellow card he picked up against Club Brugge in their UCL curtain raiser a fortnight ago.

Struggles with injury – largely unhelped by the fact he missed out on a pre-season due to international commitments at the Copa America during the summer – has meant that Messi had only completed one full game for the Parisians before last night’s star-studded helping of elite level football.

And, aside from a few tidy touches and trademark shimmies, it looked to be another frustrating evening for the six-time Ballon d’Or winner as Manchester City did a valiant job of suppressing the unfathomable talent of PSG’s forward line. The game itself was one separated by fine margins, where the capabilities of both sets of players were predictably cancelled out by the other for the most-part.

Idrissa Gueye’s sublime early finish put the hosts in front within the opening eight minutes, before Bernardo Silva went agonisingly close to equalising, striking the crossbar following a sumptuous delivery from Kevin De Bruyne. Such is the quality of the Belgian, this, amazingly, was actually a pretty standard cross from him.

For 66 minutes, the game was left dangling in the balance. Both sides enjoyed spells of being on top, with City looking the more dangerous as the game entered its latter stages.

Enter Lionel Messi – the one we’ve all become so accustomed to over the years.

The South American picked up the ball as PSG hit City on a ruthless counter attack, charged towards his opponents penalty area and played a neat one-two with Kylian Mbappe and produced one of those famous chip-cum-curling hybrids of a shot that only Messi can pull off with such accuracy and success.

Ederson was rooted to the spot, just as the goalkeepers always are in this situation, powerless to change the inevitable outcome of a world-class talent scoring (yet another) world-class goal.

With 15 minutes left on the clock, the game’s sting was completely nullified by an individual moment of brilliance produced by a player who was recruited to provide such moments on the biggest stage possible.

It was a timely reminder to us all that Lionel Messi – now well into his thirties – is still the best in class, and one of very few players who are capable of producing these game-changing moments of magic, simply out of thin air.