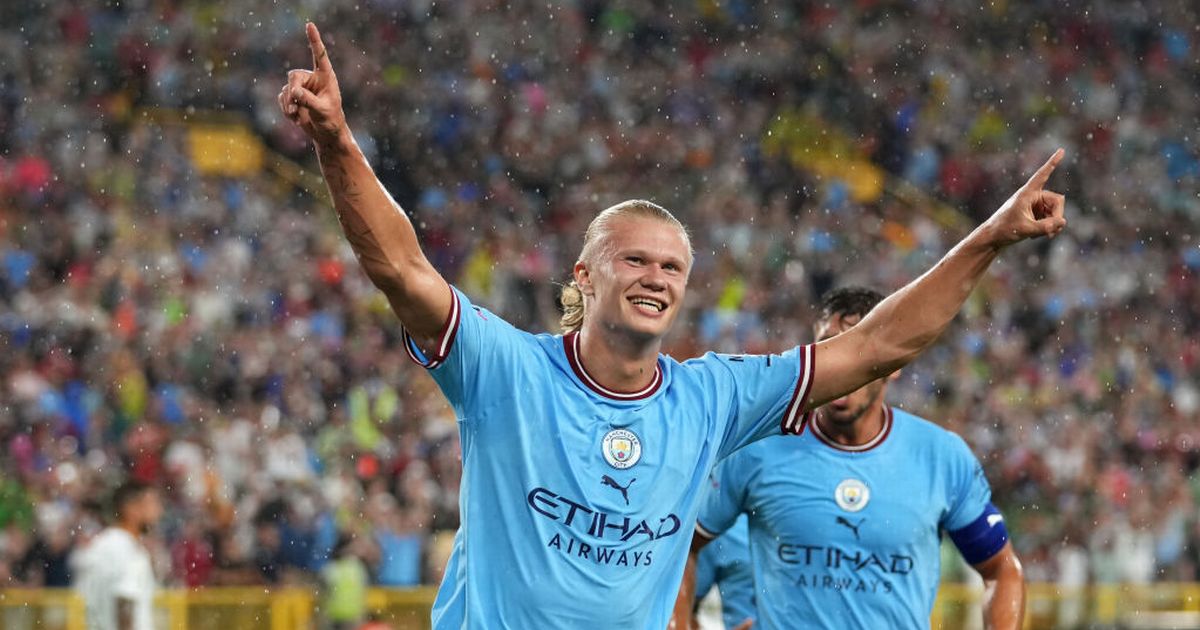 30 Aug Midweek treat in store as the Premier League puts on a full schedule across Tuesday, Wednesday and Thursday

In life, it is vastly important to celebrate the small wins: scooping a fiver from a scratch card, finding a 25% off voucher to use on your favourite takeaway and scoring a rare-yet-outstanding goal at 5-a-side, for instance.

A midweek dose of Premier League football under the lights is another example of a small win which deserves to be celebrated gleefully. With games usually played out across the weekend and sometimes on a Monday evening, Tuesdays, Wednesdays and Thursdays are typically reserved for the big dogs playing in their respective European competitions.

On occasion, though, England’s top flight does play out a round of matches in midweek and when it does, there is widespread collective joy amongst football fans across the country. This week is one of those week’s. A chance to settle down with Gary Linekar & Co as they dissect the action on a Wednesday evening. Pure bliss. I’m getting carried away with this, I know. I’ll stop.

So who’s playing who? I hear you all asking the strange man who is weirdly obsessed with the appearance of midweek Premier League football.

Crystal Palace kick things off on Tuesday evening when they welcome Brentford to Selhurst Park at 19:30. The Eagles were desperately unlucky to come away from Manchester pointless at the weekend having taken a two-goal lead against the reigning champions in their own backyard, eventually losing 4-2 after another triumphant comeback from Pep Guardiola’s band of superstars, which was spearheaded by the phenomenal goalbot that is Erling Haaland.

At the same time, Brighton will look to protect their unbeaten start when they take on Fulham at Craven Cottage, with a victory having the potential to take the Seagulls to the top of the league for an evening at least.

With a slightly later kick-off time, Southampton host Chelsea at 19:45 hoping to return to winning ways following a slender 1-0 defeat against Manchester United on Saturday.

Thomas Tuchel’s side have been inconsistent so far this season but did get back on the right track following their 3-0 defeat against Leeds with a 2-1 victory over Leicester at the weekend – an impressive result considering they played the majority of the match with 10 men after Conor Gallagher was sent off in the first half; the second time the Blues have ended a game a man down in consecutive weeks. Leeds and Everton then lock horns at Elland Road (kick-off at 8pm) to round off Tuesday’s fixture list.

On to Wednesday and Bournemouth have the opportunity to put a smile back on their supporters’ dejected faces after their 9-0 humiliation at the hands of Liverpool on Saturday. The Cherries welcome Wolves to the Vitality Stadium (19:30 KO) where they’ll hope for a much better display against a side who were pegged back late by Newcastle in their last outing on Sunday – drawing 1-1 thanks to an Allan Saint-Maximin screamer late on at Molineux.

Elsewhere, leaders Arsenal will be looking to extend their lead at the summit when they host early strugglers Aston Villa; Man City and Nottingham Forest clash at the Etihad (both 19:30), and there’s an all-London affair as West Ham travel to Tottenham looking to build on their recent victory over Steven Gerrard’s side (19:45). Liverpool and Newcastle finalise things at 8pm, and the hosts will be brimming with confidence in the wake of their demolition job on Bournemouth but will certainly be in for a tougher challenge against Eddie Howe’s new-look Magpies.

The curtain is then brought down on Thursday night, as Manchester United travel to the East Midlands to take on Brendan Rodgers’ winless Leicester. Erik ten Hag’s men have made a marked improvement in recent weeks with wins over Liverpool and Southampton, and will have three points well within their sights at the King Power should the Foxes’ treacherous early-season form continue.