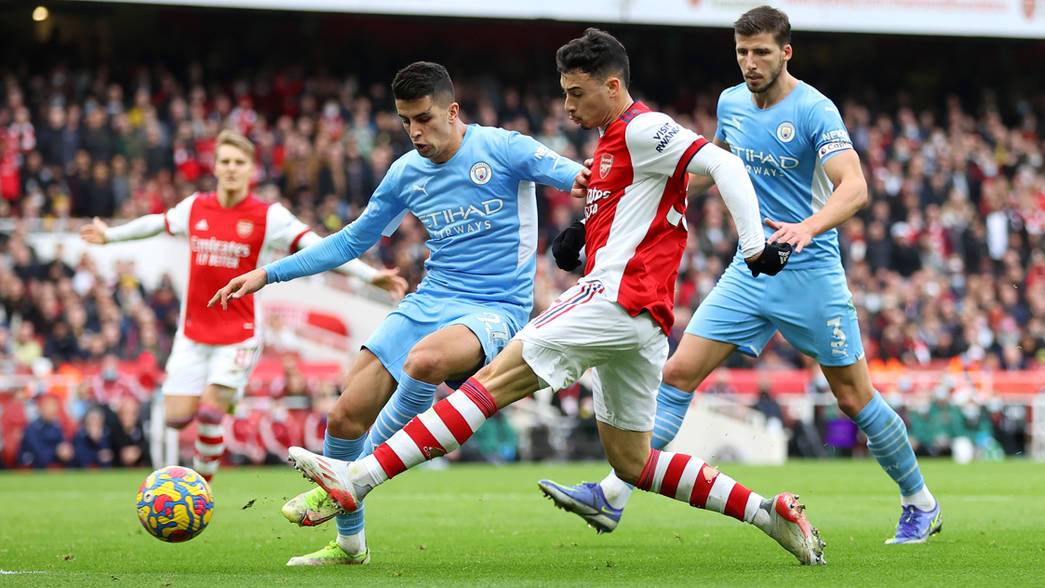 07 Nov Part one of the Premier League concludes – but who will be top of the tree at Christmas?

It is an age-old myth that whoever sits top of the pile on Christmas Day will go on to win the Premier League, and while there will still be so much domestic football left to play after the festive period is spent with us watching a bizarrely placed World Cup take place in the Middle East, there is no doubt that whichever side claims pole position following this weekend’s final round of first-half fixtures will take a sizeable mental advantage into the second half of this unprecedented campaign.

Arsenal currently reside at the top of the tree, two points ahead of Manchester City after 13 games having beaten Chelsea at Stamford Bridge on Sunday. Mikel Arteta’s young Gunners side have been refreshing to watch this season and look like a team transformed under the Spaniards’ stewardship. They have not lost a league game since the start of September and are the division’s second-highest scorers with 31 goals to their name – behind only Manchester City who have scored 39.

This weekend’s visit to Wolves is a match you would expect them to win on the face of it. Their opponents for Saturday evening’s tie are languishing in the bottom three with just two wins to their name all season and have scored the fewest amount of goals in the league to date, with a meagre return of eight from their 14 matches.

It is, however, a game which represents a potentially bigger challenge than the one Arsenal have just successfully navigated against Chelsea. Wolves have been largely underwhelming this season but will want to prove to their new manager – former Porto, Spain and Real Madrid boss Julen Lopetegui – that they are a side capable of pulling themselves clear of relegation danger and back towards the safety of mid-table and beyond, a position they have become accustomed to in recent campaigns.

The two times these sides played each other last term, Arsenal won – but only just – as a single goal separated them on both of the tightly-contested occasions. Arteta will be all too aware that a slip-up here, away at a team fighting for their lives and with the advantage of home support on their side, will present Manchester City with the perfect opportunity to regain top spot at a crucial period right before the World Cup kicks off on November 20.

City play Brentford seven hours before Arsenal kick-off against Wolves and will go top should they win. While it is expected that Pep Guardiola’s side will face few issues at home to a Bees outfit who are yet to win any of their away league fixtures this season so far, the pressure is still on the current champions – especially after their performance against Fulham on Saturday, where they just about edged past the Cottagers thanks to a last-gasp penalty from Erling Haaland, having played the majority of the match with 10 men following Joao Cancelo’s early red card.

Psychological advantages often prove to be crucial in title races and it should not be understated just how important being top at half-time of this hugely entertaining Premier League showcase will be. Arsenal continue to prove that they are a changed team under Arteta, that they have the capabilities to finally go the distance and lift the most coveted trophy in English football for the first time in almost two decades this time around – this weekend’s final play will either see them take a hugely significant step towards achieving such a feat, or it could prove to signal the start of their downfall.