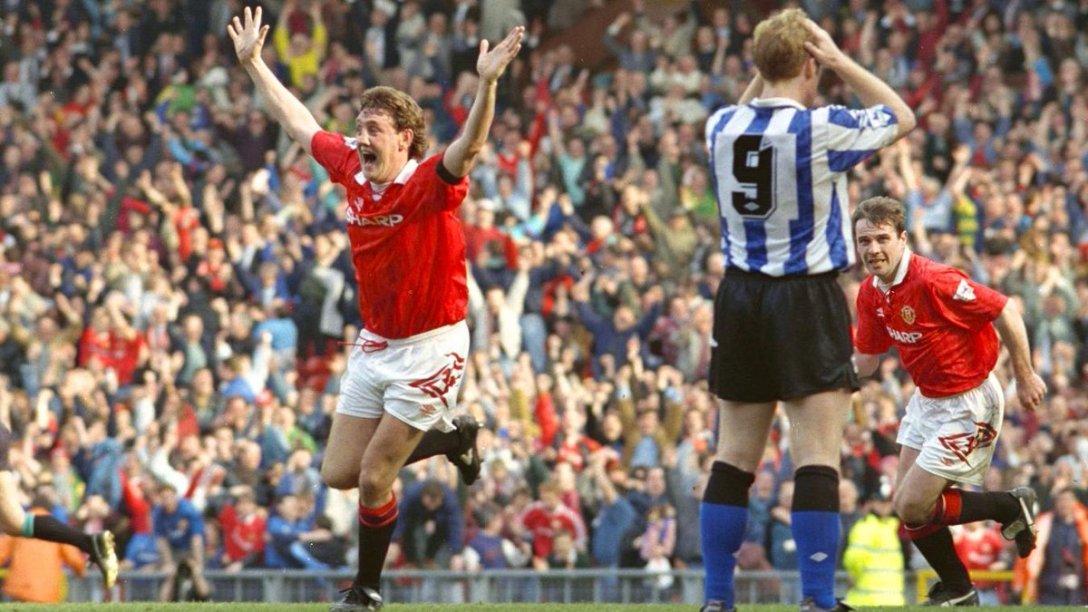 Posted at 07:30h in Recreate with Rezzil by Callum Pragnell

As part of our brand new Recreate with Rezzil series, we’re looking at Steve Bruce’s thumping long-range header against Sheffield Wednesday back in 1992/93.

It might be hard for football fans of the modern era to picture Steve Bruce as a towering presence in the heart of a league-winning defence, more so a tracksuit-donning manager with grey hair barking orders at his team from the sidelines, but once upon a time the now-61-year-old was one hell of a player.

With over 300 appearances under his belt for Manchester United, Bruce was an integral part of Sir Alex Ferguson’s side during the Scot’s early years at Old Trafford. The Northumberland-born defender was the bedrock of United’s backline, sitting behind the likes of Mark Hughes up-front and Paul Ince in central midfield, and underpinned the club’s stark success throughout the early-90s.

While Bruce was most commonly known for his strength in the tackle and aerial capabilities, he also knew where the goal was, notching 36 times throughout a trophy-laden nine-year stay with the Red Devils.

The pick of those goals is undoubtedly his long-range header against Sheffield Wednesday in 1993, however. With United 1-0 down and chasing the game as the game enters its final stages, a perfectly-weighted corner is floated in from the right hand side by Lee Sharpe, but it looks to be a bit deep at first glance.

Bruce peels around the back of Wednesday’s disorientated backline and manages to get a header away from what is practically the edge of the box at this point. He must’ve been working neck at the gym that week, because somehow he mustered the power and accuracy to get a perfect header away, which looped over Chris Woods in the visitors’ net and found the top corner.

United went on to turn the game around and win 2-1, after Bruce scored his second of the afternoon (another header) just four minutes later, helping them win their first league title in 26 years – and Sir Alex Ferguson’s first in charge of the club!

This is a tough one to recreate due to the sheer distance it was from goal and the angle which it was scored from, but we reckon you can give it a good go; good luck…