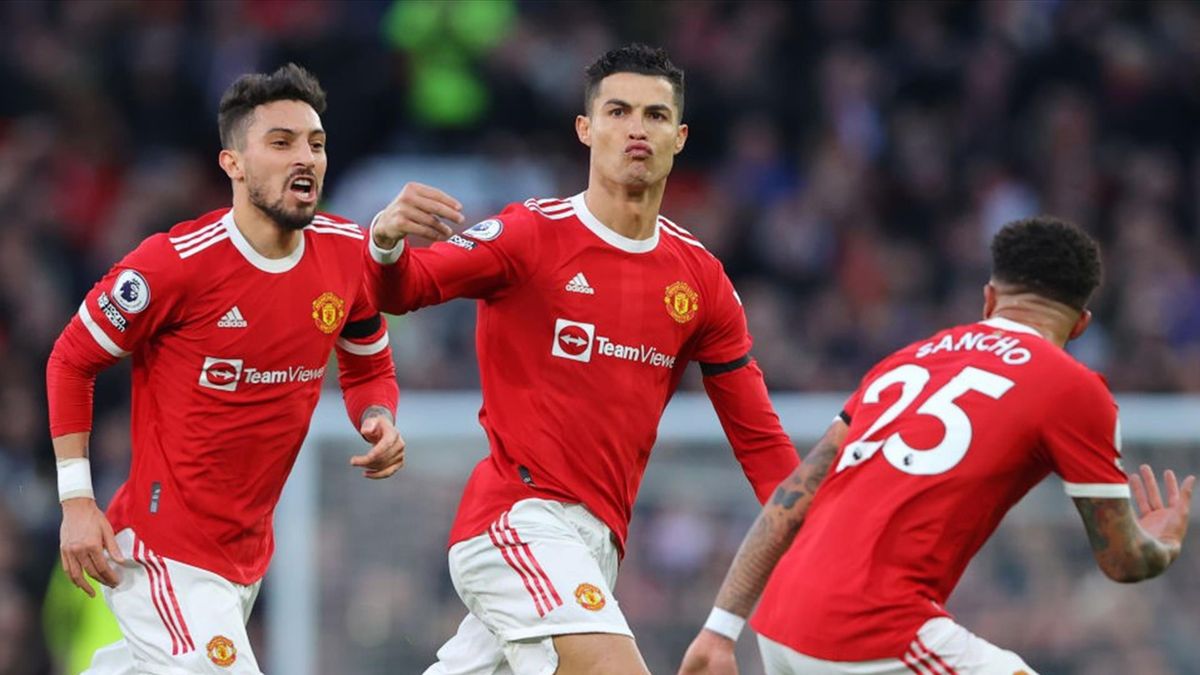 Posted at 20:27h in Premier League News by Callum Pragnell

Another exhilarating helping of top-flight football has now been and gone – but what were the main points of discussion from Gameweek 29? Rezzil takes a deep dive into the top five.

The indisputable game of the weekend came on Saturday evening, as two rivals for the top-four – Manchester United and Tottenham – locked horns at Old Trafford. Both clubs have endured tumultuous campaigns so far, but both still find themselves in the mix to secure Champions League football at this stage, with United sat in fifth and Spurs in eighth (with two games in hand).

A five goal thriller, in which United edged proceedings with a 3-2 win was solely down to the magnificence of the returning Cristiano Ronaldo. At the ripe old age of 37, the Portugal star returned to the startling lineup with a bang, netting his 59th career hat-trick in front of an adoring home crowd. His first was something really special. Trademark CR7 stuff. Is it a coincidence that the on-watching Tom Brady decided to come out of retirement, just six weeks after hanging up the boots, after witnessing such a display? I think perhaps not.

Learning from your mistakes is imperative in any walk of life. If something is continuously getting the better of you then change, adapt, do anything you can to ensure that whatever pattern of consistent disappointment you are experiencing is avoided. In football, it is particularly important to learn from your mistakes and make an immediate change if the same thing is continuously letting you down.

It does, then, beg the question: why are Leicester still so incredibly inept at defending corners? The Foxes lost 2-0 to Arsenal during a tepid affair in north London and the Gunners’ first goal came from another corner – the 12th Leicester have conceded this season. I’m not an expert, but that’s got to be a record or at least close to being one; one you’d certainly want to avoid.

Leeds vs Norwich was one of two relegation six-pointers played out over the weekend, with Brentford’s 2-0 win over Burnley on Saturday preceding this huge clash in West Yorkshire. Norwich look as good as down but could have sparked some life into what’s left of their campaign with a win, while anything but achieving all three points for Leeds would’ve been deemed completely unacceptable by supporters of the club.

While Jesse Marsch will be happy to get his first win on the board as Leeds manager, the manner in which his team scraped a victory (a dramatic 2-1 win thanks to a 94th minute goal having conceded in the 91st minute) against the division’s bottom side has provided little confidence in the Whites’ ability to remain in the top-flight beyond the end of the campaign. The jury remains out.

Arsenal asserted their dominance against Leicester with a convincing 2-0 win over the Foxes on Sunday afternoon. Mikel Arteta’s side struck twice in the first half to reinforce their position in the top-four, and now look in pole position to clinch the final Champions League spot with games in hand over most of their rivals for the elusive berth.

It must be said that Leicester were poor and offered little resistance, but Arteta’s young side continue to improve on a weekly basis and will feel confident in their ability to break back into Europe’s elite knockout competition, following what will be a five-year hiatus, next term. Bukayo Saka and Emile Smith Rowe, among others, certainly deserve their chance to shine on the main stage.

Few gave Watford hope of coming away from St Mary’s with anything but a defeat on Sunday afternoon given how impressive Ralph Hasenhuttl’s side have been of late. Roy Hodgson’s side hadn’t won a game since February 19th prior to this weekend’s clash on the south coast, while Southampton had only tasted defeat once on home soil since September.

Watford impressed throughout the encounter and looked the better side throughout, with Cucho striking twice for the visitors in the first half – a result which moves the Hornets level on points with Everton in 18th place. There is still a lot of work to be done, and the upcoming trip to Anfield to face title-chasers Liverpool is certainly a daunting one, but with games against Leeds and Brentford approaching, this weekend’s win was exactly what the doctor ordered for Woy and his boys.