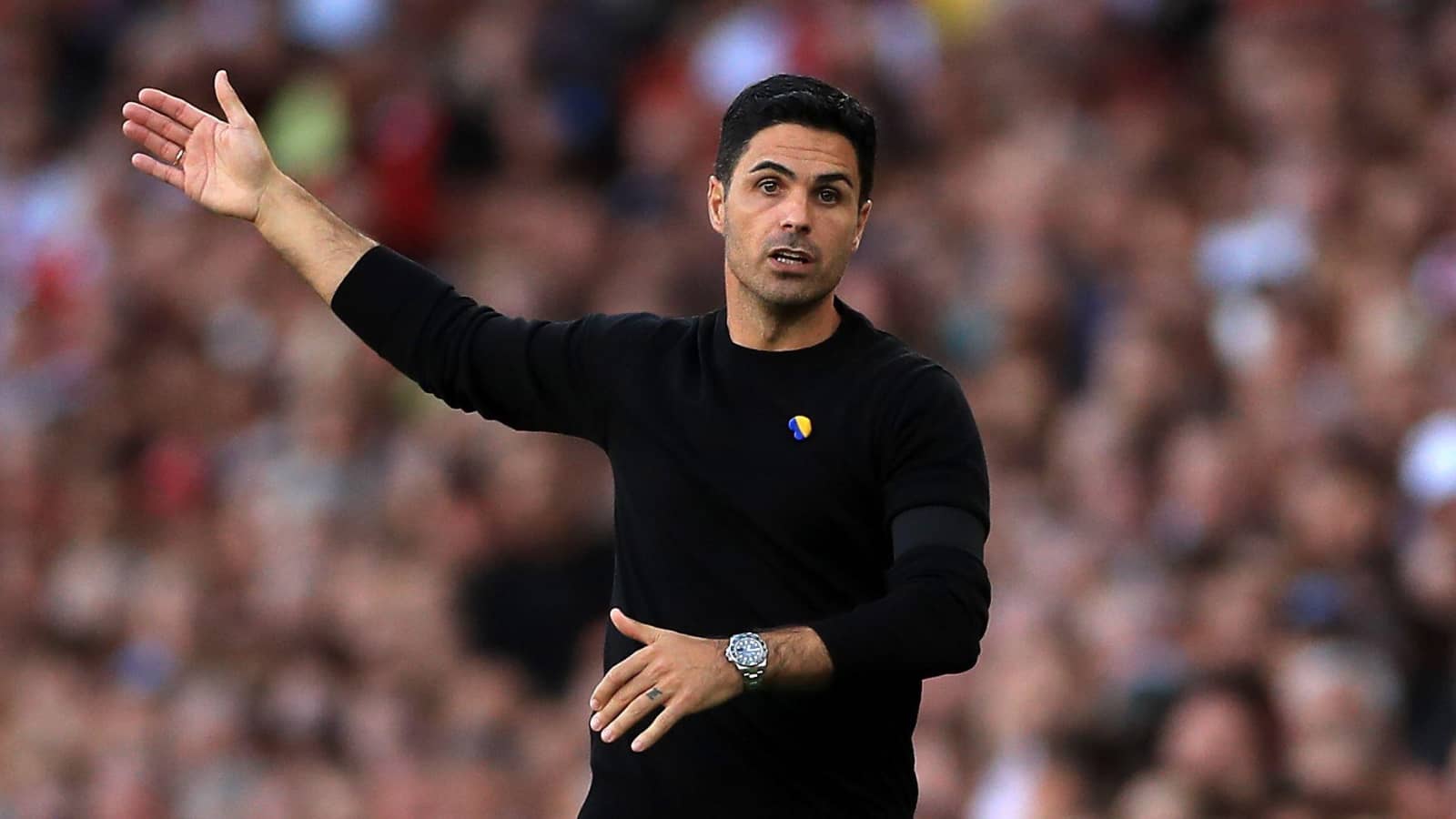 Posted at 11:57h in Premier League News by Callum Pragnell

Mikel Arteta will have been disappointed by his side’s performance away at Southampton on Sunday, after the Gunners threw away a one-goal lead to draw 1-1 with the struggling Saints in what was an action-packed affair on the south coast.

The north London side still remain top of the Premier League although have seen their lead at the summit slashed to just two points following Manchester City’s 3-1 victory at home to Brighton – where Erling Haaland notched his 16th and 17th league goals of the campaign. Remarkable.

Arsenal can ill afford to stand on ceremony, however, with a huge match approaching next Sunday against the league’s basement boys Nottingham Forest. On paper, this is a match you might well welcome if you were a team in need of a victory, but given the fact Steve Cooper’s side picked up just their second league win of the campaign on Saturday and it was against Liverpool, this game could not smell more like a banana skin if it tried.

Not to mention the fact that Forest have a strong record against the Gunners in recent times. Despite the East Midlanders plying their trade in a different division for the last 20+ years, they have won two of their last three meetings against Arsenal – a 4-2 win in 2018 and a 1-0 victory back in January – both in the FA Cup third round proper.

Indeed, the stakes will be much higher this time out with it being a competitive Premier League fixture, and Arsenal are a much stronger team compared to the side who were dumped out of the cup at the beginning of the year.

However, with Forest picking up a much-needed confidence-boosting win over a Liverpool side who prior to Saturday’s clash had just beaten Manchester City and West Ham in the space of four days, Sunday’s match-up at the Emirates represents one of the toughest challenges yet for this young Arsenal side in their bid to win the title for the first time in almost two decades and they must be at their very best to ensure an upset is avoided on home turf.

Elsewhere in the top-flight, Manchester City travel south to take on Leicester in Saturday’s early kick-off at the King Power Stadium. Much like Arsenal’s clash against Forest, there is a degree of jeopardy here for Pep Guardiola’s side, who face off against a resurgent Foxes team fresh from thrashing Wolves 4-0 on Sunday.

Brendan Rodgers has been under mounting pressure so far this season, with results far from impressive, but his team have now lost just one of their previous five matches and head into this weekend’s game with City having scored six without conceding in their last two outings against Leeds and Wolves.

Meanwhile, top-four hopefuls Newcastle play host to Aston Villa in a match which looks impossible to call. The Magpies have been sensational so far this season and beat Tottenham 2-1 away from home on Sunday to move themselves up to fourth in the table, but lock horns with a Villa side who looked invigorated during their 4-0 victory over Brentford at the weekend, a matter of days after sacking Steven Gerrard.

Sunday’s other match sees West Ham travel to Old Trafford to take on Manchester United, who salvaged a point away at Chelsea on Saturday thanks to a last-gasp equaliser from midfielder Casemiro.

Ten games in total. Eight on Saturday and two on Sunday, just like the good old days. Bring it on.