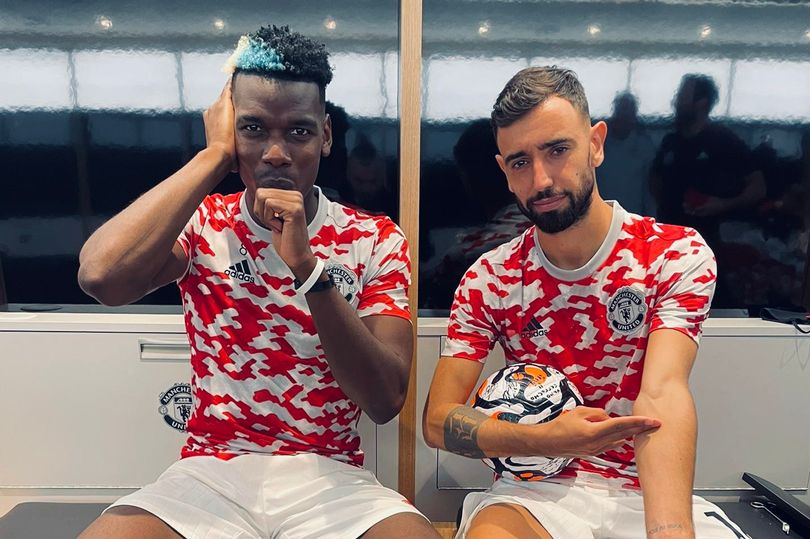 Posted at 08:27h in Premier League News by Callum Pragnell

The Premier League returned to our screens this weekend and what a joy it was to see fans in full attendance for the first time in 18 months.

There were plenty of talking points over the course of the three days, and today Rezzil digests five of the best.

1 The return of normal K.O. times

Football matches kicking off at 3pm on a Saturday is as traditional as a Sunday roast, but during the previous two Covid-affected campaigns we have seen Premier League games kicking off at scattered times due to each match being aired live on TV. I for one absolutely hated just one game at 3pm on a Saturday, it just didn’t feel right at all, so I was ecstatic with the classic formatting of one early and one late KO on Saturday followed by just two (not an over-the-top four) games shown on Super Sunday. Long may it continue.

What a game the Premier League fixture-selecter threw up to kick things off in 2021/22! United and long-standing rivals Leeds locked horns at a packed out Old Trafford in what turned out to be a six-goal thriller, as the hosts romped to a 5-1 win over their Yorkshire counterparts. Bruno Fernandes looked like a man on a mission and kicked off his campaign with a hat-trick inside an hour – the first player to score three goals on the opening day inside 60 minutes since Kevin Cambell did so for Nottingham Forest against Coventry City in 1996.

Fernandes was supplied by the magnificent Paul Pogba, who registered a hat-trick of assists at Old Trafford, bettering his overall tally of three lay-offs from last season after just one game! Plenty of talk has surrounded the Frenchman and his reported exit at the end of the campaign, but he reminded us all why he is so highly rated with a dazzling display against one of United’s fiercest rivals. Red Devils supporters will now just be hoping that he can just retain this level of performance throughout the rest of the season.

3 Man City collapse in the capital

All eyes were on Man City as they travelled to Tottenham for their Premier League curtain-raiser on Sunday afternoon, with most expecting a routine victory for Pep’s men against a Harry Kane-less Spurs outfit. It wasn’t to be, however, and despite new £100m signing Jack Grealish showing glimpses of promise, the Cityzens were really poor and came away pointless thanks to a stunning counter-attacking move and finish from Son Heung-min in the second half. If anything is going to prompt City into paying Daniel Levy’s asking price for prized asset Kane – rumoured to be £160m – Sunday’s lacklustre performance in north London might just be it.

I think we can all agree that the standard of refereeing in the Premier League has resembled what you’d see on a bobbly recreation ground in Sunday League throughout the last two seasons, so it was extremely refreshing to see a change of mindset from the men in the middle this weekend, as instructed by the Professional Game Match Officials Board (POGMOL), who have stated that last season’s level of scrutinisation will be eliminated to move in the same direction of what we saw in the Champions League last season and also at the Euros.

And what a difference it makes. This weekend’s matches were free-flowing and enjoyable, players were afforded the odd late challenge before a card was brandished and offside decisions were adjudged fairly and not determined by a player’s chest hair chalking off a perfectly good goal, or a series of computerised lines sucking the romance out of the sport we all love. Ref’s have been hammered in recent seasons, often rightly so, but credit where credit’s due, they got it right this weekend and I’m hopeful that it will continue.

This final point links in nicely to the previous one, with the leniency allowed from the officials contributing to more free-flowing games which resulted in a shed load of goals. And we all love goals, don’t we? In total, 34 were scored across the opening ten fixtures, which is the second-highest total in the Premier League era – the first being 36 in 2003/04.

There were some stunners on show, too. Sergi Canos against Arsenal; Abdoulaye Doucouré’s rocket against Southampton and Trevoh Chalobah’s stunning long-range power-driver against Crystal Palace on his Premier League debut. Beautiful scenes. Purely. Beautiful.

Roll on next week!