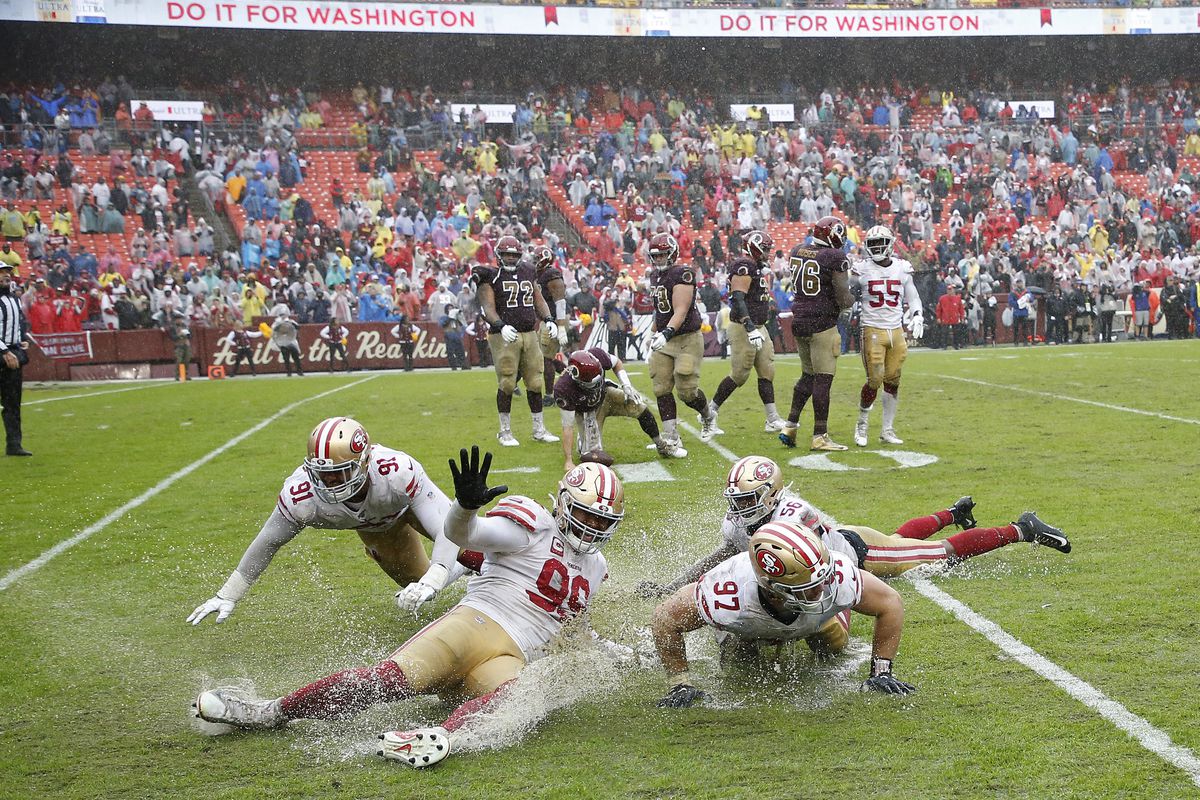 02 Aug The history of the Mud Bowl: From the Coliseum to a Slip ‘N’ Slide Party

Throughout the years, there have been some incredible ‘Mud Bowl’ games. From the 1977 NFC Playoff game between the Minnesota Vikings and Los Angeles Rams, to the AFC Championship Game in 1983 between the Miami Dolphins and the New York Jets.

The first being the 1977 NFC Playoff Game held at The Coliseum in Los Angeles. The matchup saw the Vikings beat the Rams 14-7, and the rain had turned LA’s usually sunny field into marsh for the fourth quarter as the city was engulfed in a torrential rainstorm. The field became one long trough of mud that players were covered so heavily in mud that it was difficult to tell one team from the other. This game went down in history as ‘The Mud Bowl’, and dozens of fans snuck onto the field after the game to run and slide through the mud.

The next game to highlight was the 1983 AFC Championship Game in which the Miami Dolphins beat the New York Jets 14-0. It appears that heavy rain in South Florida, combined with some questionable groundskeeping at the Orange Bowl, meant the field turned into a muddy swamp.

We’ve seen two games since then that have been particularly muddy, although not ‘Bowl’ games – one being the 2007 Monday Night Football match-up which saw the Pittsburgh Steelers defeat the Miami Dolphins 3-0.

The Steelers couldn’t seem to get the right mix for their field which at the time was 7 years old. They had recently decided to consider installing artificial turf and so rolled a new layer of grass over the top of the existing grass. When players stood on it on Sunday night, they deemed it fine and so the ground crew rolled five levels of tarpaulin over the top in anticipation of the storms which had been forecast the next day. In total, overnight and all of Monday it had rained 1.31 inches (3.3cm) and much of this, despite having cover, found its way through the seams and soaked the field. Low and behold, it resulted in the ball getting stuck in the mud.

The other was more recent. It was a 2019 game in Washington DC where the San Francisco 49ers shut out Washington (now the Washington Commanders) 9-0. It was a game that rained a lot and so mud was everywhere, and of course the 49ers used it as an opportunity to turn it in to a ‘Slip ‘N Slide party’.

Nowadays many new stadiums have removed the ‘natural’ element, and are either air controlled, with Astroturf, or have a roof overhead. In fact, 16 teams who play in 14 stadiums (Rams and Chargers share in LA, and the Giants and Jets share in East Rutherford, New Jersey – sorry New York) play on artificial grass, with all others playing on some combination of real grass. Realistically this is a trend that will continue. After all, if there’s one thing you can control within a new stadium, it’s the quality of your field.

I’m sure the weather is a matter that the players and their teams hate, but from a fan perspective, it’s what adds to the entertainment. Much like the snow-games you often see. Who knows, maybe that’ll be one of our next stories. Watch this space!