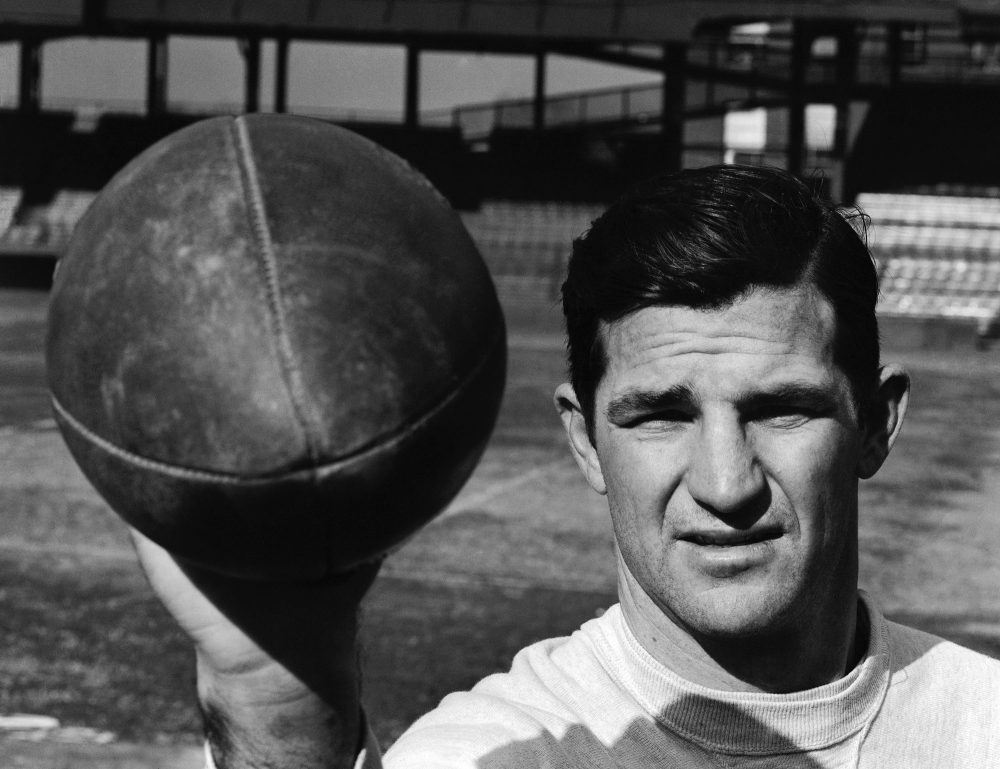 Michael Vick, Joe Namath, Joe Montana, and Jerry Rice are just some of the influential players who made contributions so unique to the game of American Football that it actually changed the way in which the sport is played today.

Let’s start off with Sammy Baugh who played in the NFL from 1937 to 1952 for the Washington Redskins. He was an innovator in the passing game: the player who introduced the forward pass as a serious weapon in the game. Baugh was inducted into the Pro Football Hall of Fame in the 17-member charter class of 1963 and before being selected to the NFL’s 75th and 100th Anniversary All-Time Teams.

Offensive evolution breeds defensive innovation. Chuck Bednarik. Bednarik was one of the most devastating tacklers in the history of the NFL and its last 60-minute man, a full-time two-way player. He played for the Philadelphia Eagles from 1949 through 1962 and, upon retirement, was inducted into the Pro Football Hall of Fame in 1967, his first year eligible.

Next up: Jim Brown, a fullback who played for the Cleveland Browns from 1957 to 1965. Many called him a physical freak of nature due to his size and speed, something that hadn’t been seen in a player before. Brown played the fullback position which in today’s game is nothing more than a blocking back. He is one player who if he were to play today, would not only thrive, but completely dominate the game.

Pete Gogolak was the first Hungarian to play in the NFL, and a player who changed the game forever by introducing the specialisation of the placekicker position. When he joined the Buffalo Bills in 1964, no one knew how much of an impact he’d have on the game as pro football’s first soccer-style placekicker. Before he arrived on the scene, kickers were generally straight-on kickers, and played another position on the team such as George Blanda (quarterback) and Lou Groza (tackle).

Continuing on there was ‘Crazy Legs’ Elroy Hirsch. Hirsch changed the way the offence was run and is known for having pioneered the flanker position – a wide receiver outside of the tight end, off the line of scrimmage. If it weren’t for his position and his plays, the sport wouldn’t have become the aerial affair it is today. He was inducted into the Pro Football Hall of Fame in 1967 and the College Football Hall of Fame in 1974.

Another revolutionary player is Deacon Jones. He was the first player to use the term ‘sack’, to describe tackling the opposing quarterback for a loss while attempting to pass. In fact, the ‘sack’ wasn’t kept as an official stat during his time but between 1967-68 he recorded 50 of them. Jones played for the Los Angeles Rams, San Diego Chargers, and the Washington Redskins between 1961 and 1974. He was inducted into the Pro Football Hall of Fame in 1980, before sacks were introduced as an official stat in 1982.

4-time Super Bowl champion Joe Montana has more accolades than most. He is a player that perfected the offense, bringing it towards how it is played today. Montana played for the San Francisco 49ers from 1979 to 1992, and then played two seasons with the Kansas City Chiefs from 1993. He was inducted into the Pro Football Hall of Fame in 2000.

Another player that did a couple of things to move the game into the modern era is Joe Namath, and even today remains one of the league’s most iconic and popular figures. Namath cemented his legacy in 1969 when he guaranteed his underdog Jets (from the newly merged AFL) would win Super Bowl III before defeating the Baltimore Colts in one of the greatest sporting upsets of all time.

Our final iconic player is Jerry Rice. Teammate of Joe Montana, and a player who revolutionised the wide receiver position. Rice is not only one of the greatest wide receivers to have ever played in the NFL, but he is one of the greatest NFL players of all time. What made him stand out was his durability, how he ran great routes, and was able to break tackles and pick up significant yards. Rice played 20 seasons in the NFL, having played with the San Francisco 49ers from 1985 to 2000, the Oakland Raiders from 2001-2004, and finally the Seattle Seahawks for a season in 2004.

These are all names with legend status. Their style of play is what has made the game we see today, played the way it is. A select few earn legend status but how many current players will earn it? Patrick Mahomes? Aaron Donald? Or perhaps just the GOAT, Tom Brady?