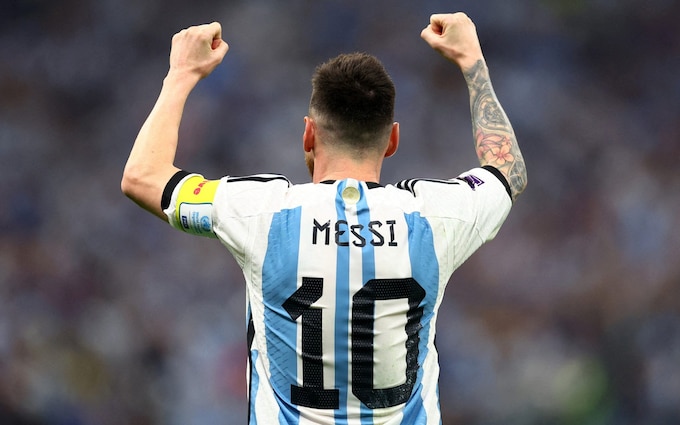 16 Dec The Last Dance: stage is poised for Messi to leave a lasting legacy during his final World Cup performance

It is almost impossible to find the appropriate words to describe the endless talent of Lionel Messi. Since bursting onto the scene in the mid-noughties, the Argentine has mesmirised onlookers with his unique ability to make fully grown adult footballers look like helpless toddlers as they fruitlessly try to thwart him.

Messi plays football as if he were being controlled by a teenager on Fifa, slaloming between defensive lines and cherry picking passes none of us mere mortals would even find comprehensible with the naked eye.

He is a special, special talent. One who, despite now well into the twilight stages of his career, continues to churn out mesmeric, BAFTA worthy performances; effortlessly getting people to the edge of their seats whenever the ball is at his feet.

He is, in my opinion, the best to have ever played the game. Many agree, many disagree. People in the latter camp usually highlight the fact that up until now, despite winning every domestic trophy available alongside the Copa America at international level, the 35-year-old has not won the World Cup. Maradona won it in 1986, Pele won it a record three times and Ronaldo Nazario won it twice.

The margins are extremely fine where this debate is concerned, and it can be argued that a player does not need to win a World Cup to prove that they are the undeniable Greatest Of All Time, but it sure helps.

This is exactly what Messi has the opportunity to do on Sunday, during what is confirmed to be his final game at a World Cup after 17 years. The South American talisman has been flawless during Argentina’s journey to the final, scoring five goals – the joint-most in Qatar alongside Kylian Mbappe – and earning three assists; no player has more at the 2022 World Cup.

Messi’s mazy solo run which culminated in him assisting Julian Alvarez’s second in the semi-final victory over Croatia typified him to perfection. Picking up the ball from what looked to be a dead end, with Joško Gvardiol, one of the tournament’s most impressive defenders, close by in situ, Messi twisted and turned and wriggled and weaved and stopped and started and released the ball just at the right time – as he always does – providing Alvarez with an easy goalscoring opportunity.

It was almost nostalgic. With age comes a natural decline in workrate and explosiveness – Messi is no longer able to continuously run past several players and stick it into  the top corner like he did on an almost weekly basis throughout his prime years at Barcelona.

Instead, the pint-sized tactician occupies a different role and serves a slightly different purpose for PSG and Argentina, as an attack-minded linchpin who controls the tempo of games and distributes play towards the younger, quicker assets accordingly. This goal was a throwback, and reminded us all that he is still capable of producing such moments, albeit more sparingly than before.

So onto Sunday, then. Where Messi is in with a genuine chance of winning the Golden Boot for the most goals scored, the Golden Ball for the best individual performances and, above all else, finally laying claim to the only prize which has so far eluded his wanting grasp: the World Cup.

Is it to be a romantic end to the best-selling series, or a tale of what could have been?